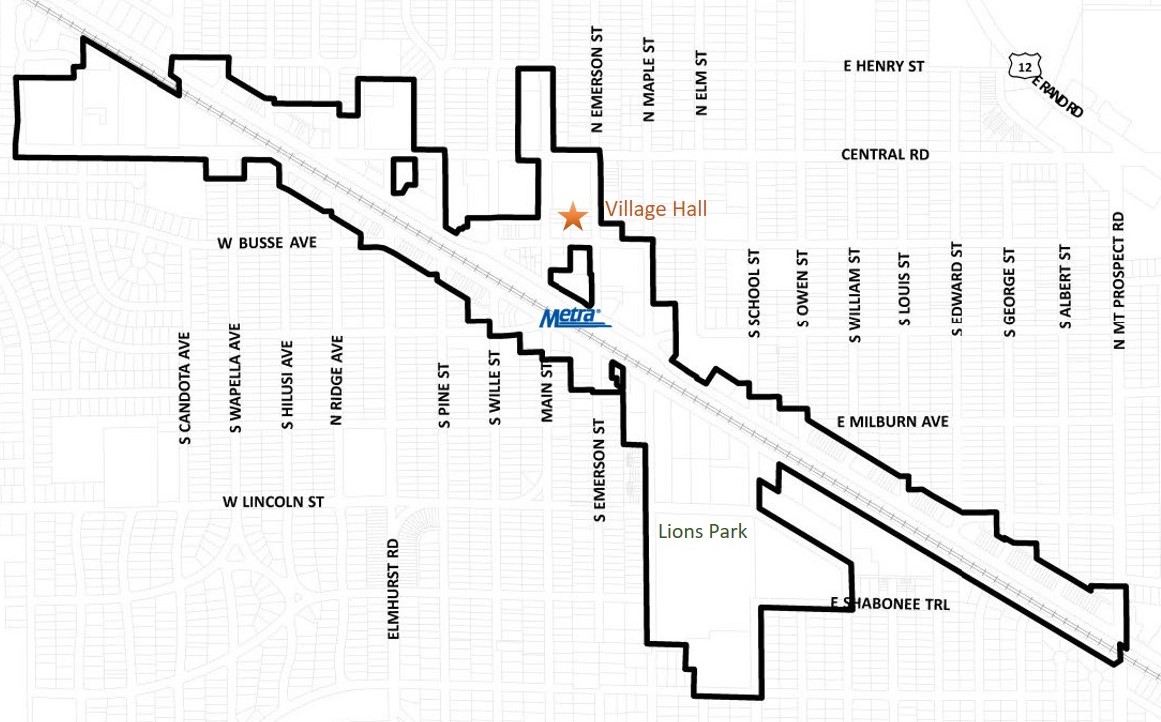 To view ordinances and other documentation related to the Prospect & Main TIF, visit the TIF Document Portal.

Is the area of the Prospect and Main TIF the same as the previous Downtown TIF?

No, although there is some overlap. The Prospect and Main TIF consists of 235 parcels over 109 acres, excluding rights-of-way. There are 61 individual PINS, totaling 19.82 acres, which were the previous Downtown TIF No. 1; these are commonly referred to as the “overlap parcels”. Initially adopted in 1985, The Downtown TIF No. 1 was amended three times to add parcels.

How much are these "overlap parcels" worth to a taxing district?

Why does the Village want to include parcels in the Prospect and Main TIF that were already in the Downtown TIF?

These Key Development Parcels are in three areas:

There are various circumstances which contributed to the Key Development Parcels’ current condition.

How long have the Key Development Parcels been in a TIF? What’s their EAV?

These three areas include 27 individual parcels for a total land area of 6.8 acres. Of these 27 parcels, 10 are Village-owned with $0 EAV, including public parking lots and the Police/Fire building. The EAV breakdown for the remaining parcels are available in this table.

Email us with questions regarding the Prospect and Main TIF.