Downtown TIF No. 1 was established in 1985 and dissolved in 2016. This TIF had three amendments: 1988, 1993, and 2006. Establishment of the TIF and its amendments are documented through Ordinances approved by the Village Board. Several reports and plans were created throughout the life of Downtown TIF No.1. As redevelopment occurred within the TIF area, staff, elected officials and stakeholders participated in regular review of the successes and challenges within the TIF district, resulting in recommendations documented in these reports as well as noted in the ordinances attached to each amendment noted above. View the Ordinances and reports in the TIF Document Portal. 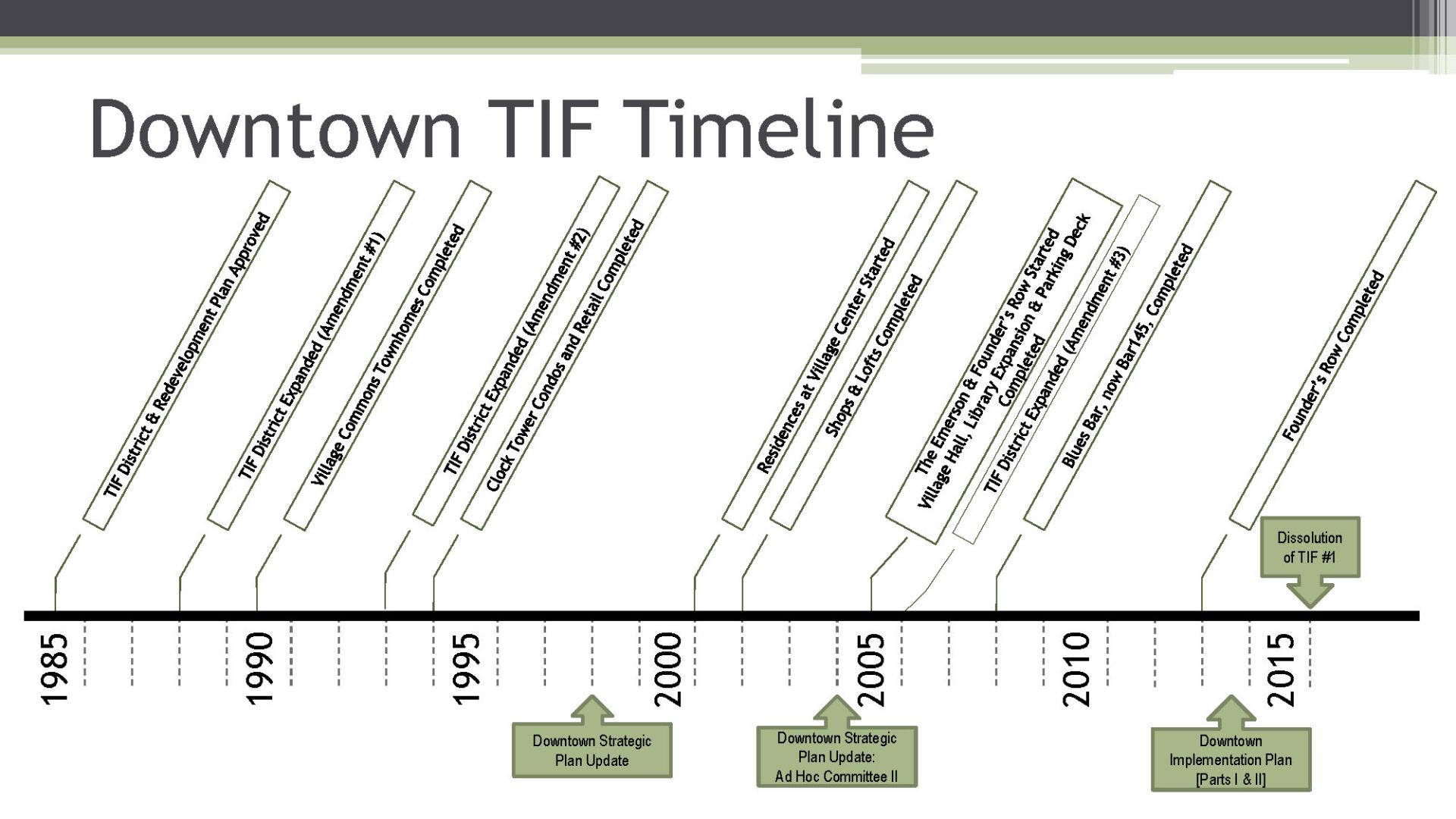 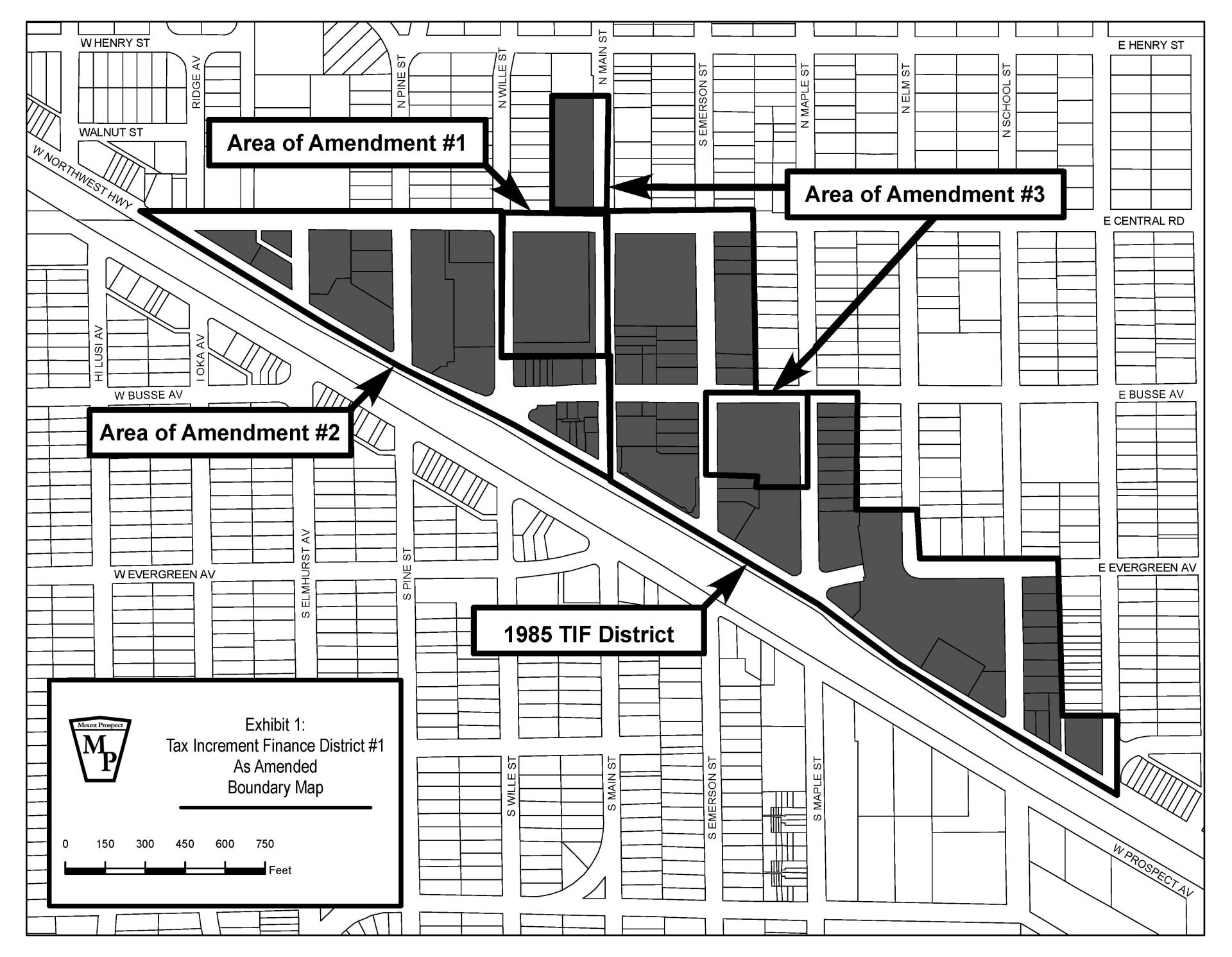 Annual reporting is completed specifically for the TIF. View the last 6 years of reports here: TIF Financial and Compliance Reports, 2010-2015.

Financial status of Downtown TIF No.1 is made available through the Village's Finance Department through a variety of reporting, including the Village's  Annual Financial Report and the Community Investment Program (CIP) reports. The Village has included the Community Investment Program (formerly the Capital Improvement Program) as part of the annual budget process the preparation of a 5-year capital plan each year since 1998. The CIP gives a clear, comprehensive view of the Village's long-term capital needs and a firm basis from which to begin the preparation of the next year's operating budget.

TIF funds are earmarked in the CIP under “Downtown Redevelopment Fund”. The CIP helps identify which capital improvements will be budgeted for in the coming years out of the TIF. Each CIP report includes one year of actual revenues and expenditures, as well as projected amounts for the next 5 years.
Past examples of items outlined in the CIP under the Downtown Redevelopment Fund include: Façade Improvement Program, streetscape construction and corridor maintenance (brick pavers, lighting, benches, etc.)

Email us with questions you may have regarding the history of TIF No. 1 or the Financial Reporting of the TIF.