Gypsy Moth is an insect whose caterpillars feed on a very wide variety of tree leaves, especially oaks.  Gypsy moths became a concern in Mount Prospect around 2009.  The Village’s Forestry/Grounds Division began monitoring for the insect, and treating some infestations, around that time.

From 2009 through 2014 Village arborists monitored Gypsy Moth levels throughout Mount Prospect to project control measures needed. The Village utilized pheromone traps in the summer and field scouting for egg masses during winter months to complete assessments.

Due to high populations found, the Village implemented control measures in 2013 and 2014 to reduce known Gypsy Moth populations.  A contractor was hired to remove egg masses from trees, an attempt to reduce overwintering populations, and treated caterpillars (the damaging state of the insect) with an insecticide during the growing season.

A significant decrease in populations was noted in 2015 and stayed at a low level through 2017.  However, staff arborists have continually monitored for the presence of Gypsy Moths. During the growing season of 2018, two areas of infestation were found.  Both sites were contractually treated.

As a result of these findings in 2018, the Village will continue to monitor through 2019, and utilize pheromone traps during the flight season.  Infestations found to be on Village property will be treated as needed, in order to reduce populations.

Residents can assist by inspecting their own properties for the presence of Gypsy Moth egg masses.  Egg masses can range in size but are generally 1”-2” long by 1” wide, tan in color and comprised of hairs from the female moth.  They can be found not only on trees but on any stationary outdoor object or surface.  Any egg masses that are found should be destroyed by removing and soaking them in soapy water for a minimum of two days.

The Village can send a free homeowner’s guide to residents concerned about gypsy moth.  The guide covers some methods homeowners can use to control the pest on individual trees.  It also covers insecticide treatments for high populations.  Note that if using an insecticide for control, a professional licensed arborist should be consulted.  The Gypsy Moth guide can be obtained by contacting the Public Works Department at 847-870-5640. 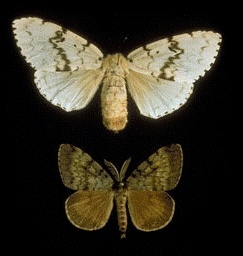 Residents can help prevent the spread and introduction of pests by not moving tree debris or firewood from where it originated.  For residents who use firewood, the Village encourages you to burn all of the wood before April.  For future firewood purchases, ask for the source.  Ideally, use firewood from locally grown trees.  If the wood may have crossed state lines, look for the USDA shield on the packaging to insure that it has been properly inspected. 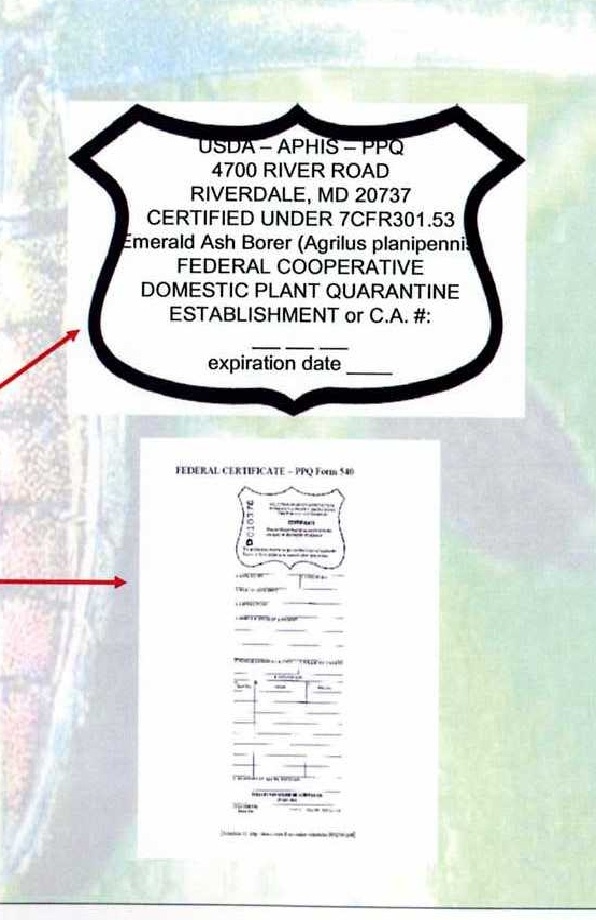 APHIS Shield – should be present when purchasing firewood