Just outside the Village's municipal boundaries lies the Prospect Heights Metra Station at 55 S. Wolf Road, Prospect Heights. This station is on the North Central Service Line, which runs from Antioch, IL to Chicago Union Station. 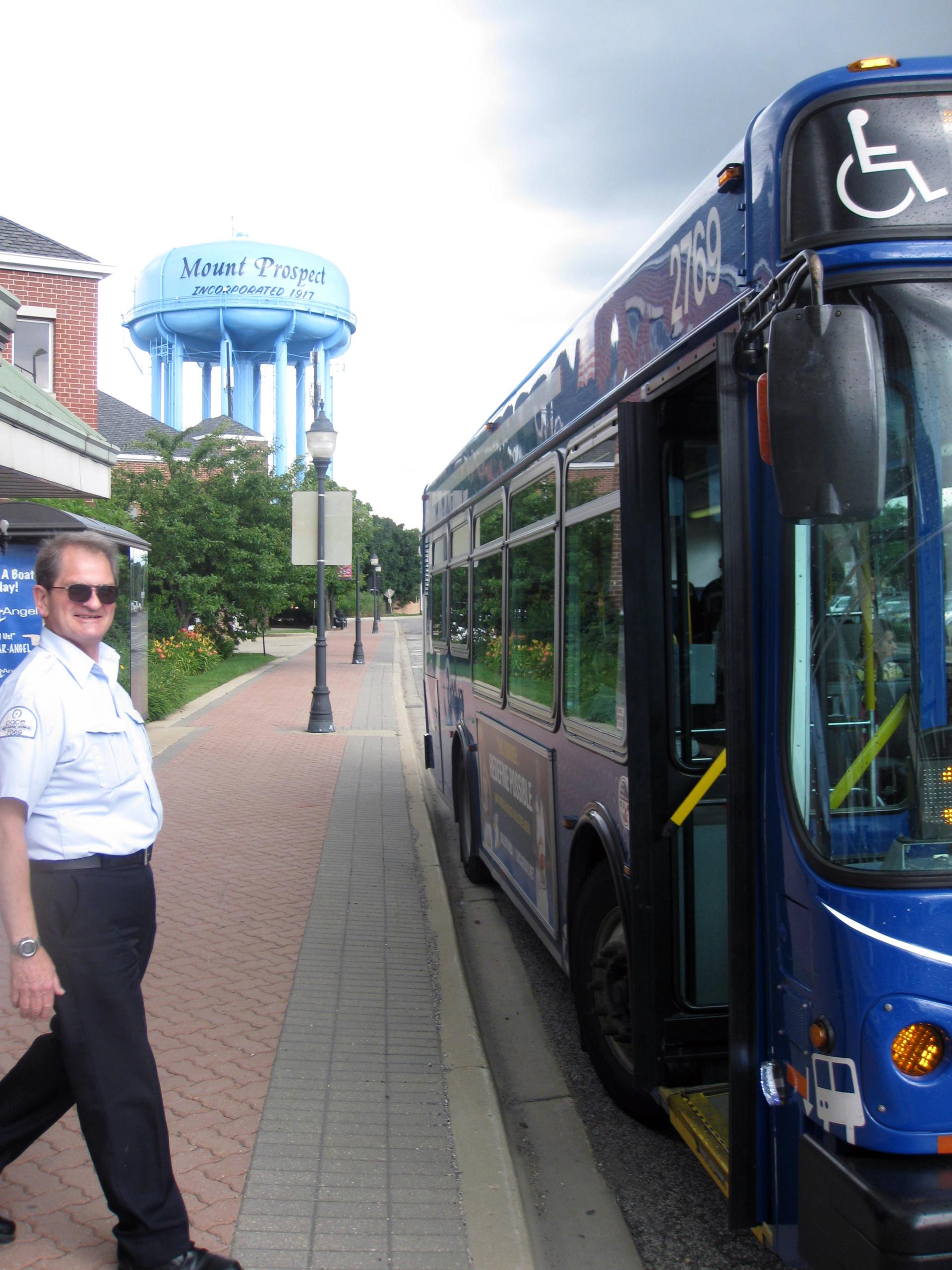 View a System Map (large scale map of the region)

Some PACE bus routes operate on a "Flag Stop" system, while others require you to board at a signed bus stop. Learn more about PACE's boarding and alighting policies or fare information.

You can mount your bicycle to the front of a PACE bus for no additional charge.